Wood burning fireplaces and fake fireplaces like the wall hung fireplaces and propane fireplaces, have one common feature, they all give the home an ambience of romance and cosiness that can give such a different quality to the home. In the modern age, more and more homeowners are opting for the faux fireplace because most people live in condos, apartments or houses constructed without chimneys. That said, there are some advantages and disadvantages to having fake fireplaces in the home.

• Having a chimney installed to accommodate the real wood fireplace will cost thousands of dollars, not to mention the mess that the construction would leave behind. Installing an electric fireplace would probably cost less than $200.

• The fake fireplace like a natural gas fireplace also gives out warmth and could easily warm up a room just like the real ones.

• There is no need for venting with the fake ones

• The thermostat for the fake ones are adjustable

• There is no need to spend for chopped wood

• Fake fireplaces look just as real, much better compared to that of a space heater

• If the choice is a gas fireplace then the installation may cost up to $2000, which may be too expensive for some homeowners

• Even if there is flame seen in the fake fireplace there is no snapping, crackling or even rustling of the fire and there is also no scent of fresh burning wood

• Some gas fireplaces can only heat up a room, it cannot heat up the whole house

• Some ventless gas fireplaces can make the room smell like the fuel, not the wood burning smell that is so comforting

• Most electric fireplaces do not come in pre-assembled so the end user has to assemble it on their own. 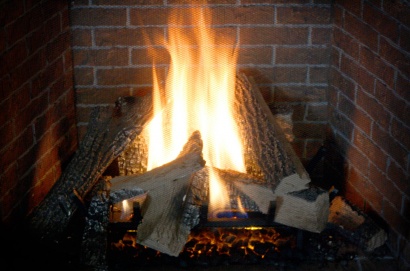 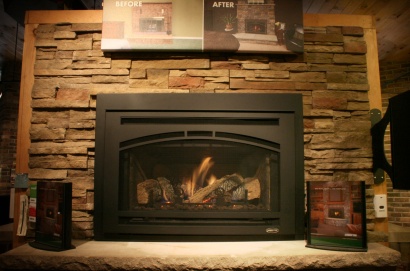