What better way to complement the warmth and beauty of an electric fireplace than with the sound of live crackling flames? Especially when the flame displays of some recently introduced models approach the realism of actual flames.

The choices for an electric fireplace with sound effects aren’t exactly abundant but they do exist. The first two models I found are from Classic Flame – as are the following product descriptions:

Both of these units receive high praise from their owners but I discovered instances where these fireplaces, with identical model numbers, were being sold with and without the sound effect. Usually a model number is modified slightly to indicate the inclusion of a special feature such as sound, but that isn’t the case here.

By way of explanation I can only assume the retailer has a choice of ordering a specific model fireplace with sound or without, or the manufacturer has discontinued the sound effect and you’re purchasing an older model.

Either way, if the product description doesn’t specifically mention the sound effect, it probably doesn’t have it.

The third model I found is the Reflections Electric Fireplace model LSE-36R. This one comes with an “adjustable digital audio soundtrack of a real fire.” For the princely sum of $3632 I would expect no less.

A fourth option is the FIRE/FX also from Classic Flame ($529). Not only does it have the sound of crackling flames – they’re heard in unison with the flame display. The FIRE/FX also offers a very realistic flame display incorporating the latest LED lighting technology.

The FIRE/FX is a plug in fireplace, not a complete mantel package. It can be used as a portable stand alone fireplace, as an insert for a wood burning fireplace, or as the fire box for a custom made mantel piece.

Since it’s difficult to find an electric fireplace with sound effects, much less one that also mirrors your taste and budget, you might want to consider an accessory such as the Fire Crackler Sound System; a 3″ x 3″ battery powered unit, or the Kracklebox Fireplace Sound System which runs on household power. 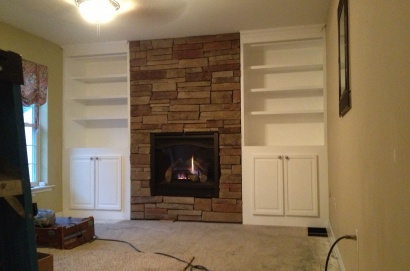 Get Twice The Heat With A 220 Volt Electric Fireplace 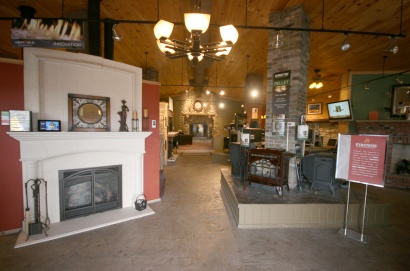 What Stone Is Right for My Fireplace?